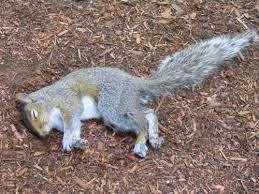 David Brooks, columnist for The New York Times, has posited that "most children are born with a natural sense of the spiritual." In his May 22, 2015 column, Brooks wrote:

If they find a dead squirrel on the playground, they understand there is something sacred there, and they will most likely give it a respectful burial.

Brooks' column (worth reading, I believe), was stimulated by a book authored by Lisa Miller, a professor of psychology and education at Columbia University. Miller's book, The Spiritual Child, traces spiritual awareness through a child's growing up period, finding that those who retain a sense of the spiritual dimensions of reality are less depressed, and better able to face the challenges that accompany their teenage years, during which there is often "a loss of meaning, confidence, and identity."

Innate spiritual capacities can wither unless cultivated — the way innate math faculties can go undeveloped without instruction. Loving families nurture these capacities, especially when parents speak explicitly about spiritual quests. The larger question, especially in this age of family disruption, is whether public schools and other institutions should do more to nurture spiritual faculties.

Public schools often give short shrift to spirituality for fear that they would be accused of proselytizing religion. But it should be possible to teach the range of spiritual disciplines, in order to familiarize students with the options, without endorsing any one.

In an era in which so many people slip off the rails during adolescence, we don’t have the luxury of ignoring a resource that, if cultivated, could see them through. Ignoring spiritual development in the public square is like ignoring intellectual, physical or social development. It is to amputate people in a fundamental way, leading to more depression, drug abuse, alienation and misery.

Without venturing to advise on school curriculum, I would like to suggest that the "natural sense of the spiritual" that Brooks believes is a reality among young children (however anecdotally substantiated in his column) reflects, in a very real way, a young child's intuitive understanding that we belong, ultimately, to a larger World, beyond human creation, upon which we ultimately depend for everything, and most especially for life itself.

Having just been presented with the wonder of being alive, a young child might naturally be more aware of his or her origins in such a Natural World than those who, now older, have become beguiled with the world of human creation, which they increasingly take for the only world that counts.

Brooks titles his column "Building Spiritual Capital," but the gist of his commentary isn't about "building" such capital, it is about making sure that we don't lose what we are born with.

An appreciation that we are ultimately and radically dependent on the World of Nature, the "World That God Made" is what Brooks is denominating as "spiritual," or "sacred."

We can come to believe that what is important is what we do, the world we human beings create. And that world is important, but it's only one of the Two Worlds we inhabit, and while the human world of our own creation is immediately what grabs our attention, and binds our allegiance, it is the World of Nature upon which we all, ultimately, depend.