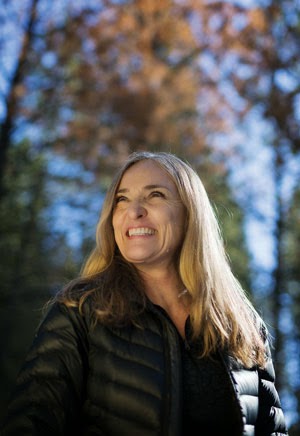 Diana Six (pictured) is the Chair of the Department of Ecosystem and Conservation Sciences at the University of Montana. Asked at a TEDx conference how she wants to change the world, Six replied:

I don't want to change the world. We have changed the world to a point that it is barley recognizable. I think it's time to stop thinking change and try to hold on to what beauty and function remain.

You can read about Six in an article titled, "Attack of the Killer Beatles," which appears in the May-June 2015 edition of Mother Jones.

Are we clear about which world Six thinks we should leave alone?

I am virtually certain that Six is not talking about the human world that we create; our "political world," our human civilization. Six is talking about the World of Nature, the world upon which we, and all living things, ultimately depend. That's the world we need to leave alone!

I agree with Six! I don't want to "change" that World!