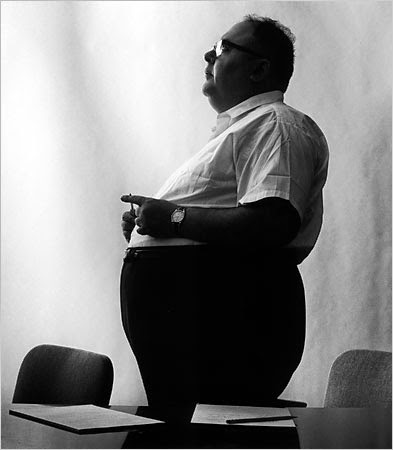 Herman Kahn, pictured above, was a military strategist and systems theorist who felt comfortable in discussing the possibility of full scale atomic war as a reality to be anticipated, planned for, and survived. He called it "Thinking About The Unthinkable," the title he gave to his 1962 book. Kahn later updated his thoughts in Thinking About The Unthinkable In The 1980's. You can still buy that book on Amazon (or through your local bookseller).

Today, things that might have seemed "unthinkable" in the 1960's, or even the 1980's, are quite "thinkable," indeed. A few people, of course, are still worried about thermonuclear war, a possibility quite "thinkable," though not much thought of.

Other "end of the world" scenarios are being more commonly pondered. They are not only "thinkable," but are being thought of frequently. Rebecca Solnit, for instance, surveys the challenges that global warming poses to our civilization, and tells us, "By the Way, Your Home is On Fire." John Michael Greer, who writes what he calls the "Archdruid Report," is thinking about "Peak Prosperity," opining that the "god of technological progress may well be dead." 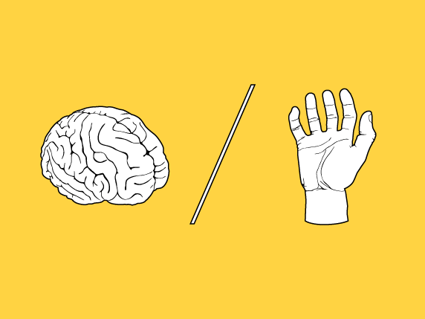 The image to the left is supposed to convey the idea that "thinking" and "doing" are quite different activities. In fact, the article from which this image was taken says you have to "pick one (and only one)."

I'm not sure that's the best way to approach the dichotomy. Arguably, doing without thinking is what got us into our current (less than desirable) situation.

But thinking without doing. That's not going to help us out, either!