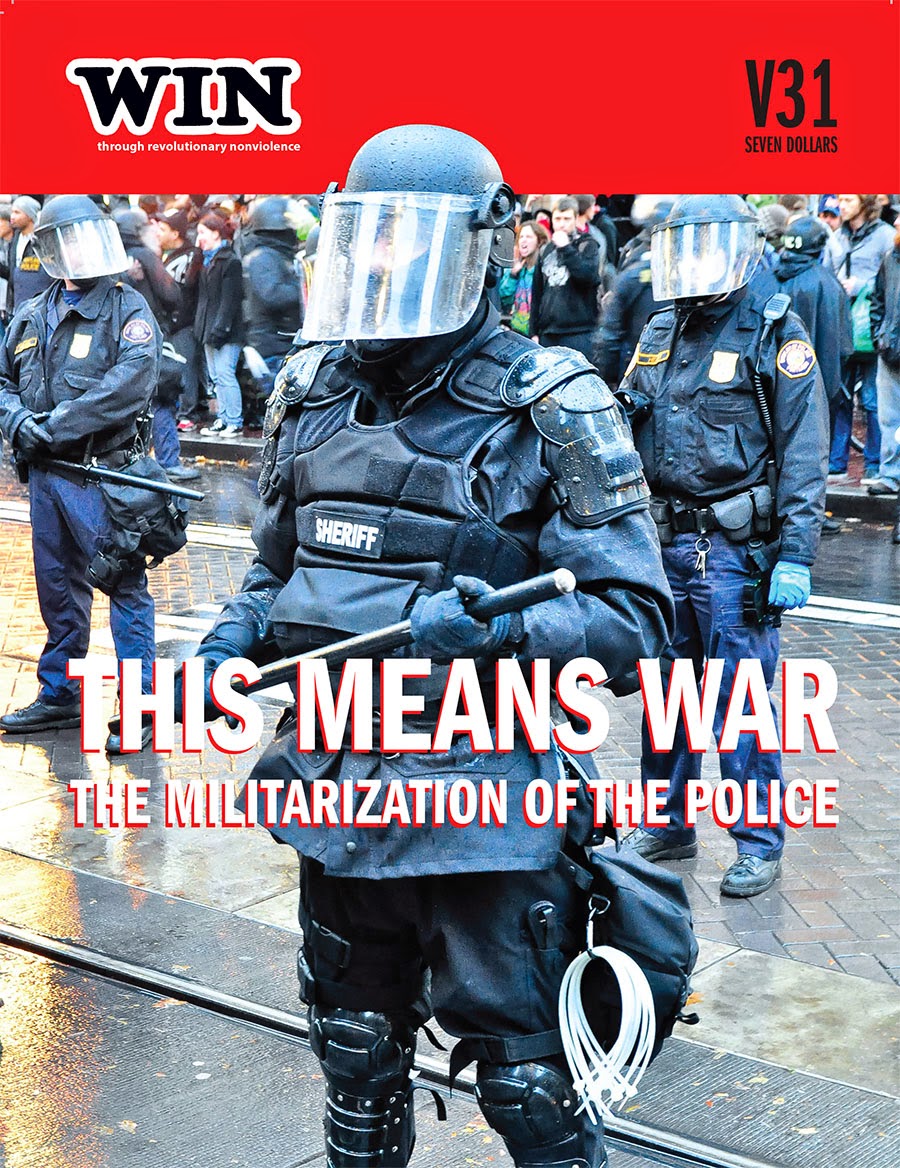 I have noted before that the "war metaphor" has become so common that we take its descriptive suitability for granted. Are we concerned about the impacts of drug abuse? You bet we are! Let's declare a war on drugs!

And what about poverty? Are we against poverty? Of course we are! A war on poverty will prove we really care.

And what about a war on crime? Let's buy a BEARCAT and outfit our police officers like the police officers depicted above. Let's militarize the police! What better demonstration could there be that we really don't like crime and that we're going to do something about it?

The editorial statement in above-pictured edition of WIN, the quarterly magazine published by the War Resisters League, names the war on obesity and the war on illiteracy as other "wars" we are fighting right now. I don't think that adding those two "wars" exhausts the list of the wars in which our society finds itself engaged

More is at stake here than a linguistic convention. Words and realities have a way of self-reinforcing. A stylistic "war" ends up with BEARCATS roaming our city streets.

Give peace a chance! 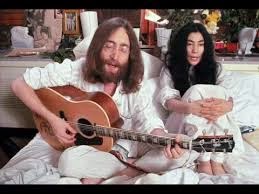