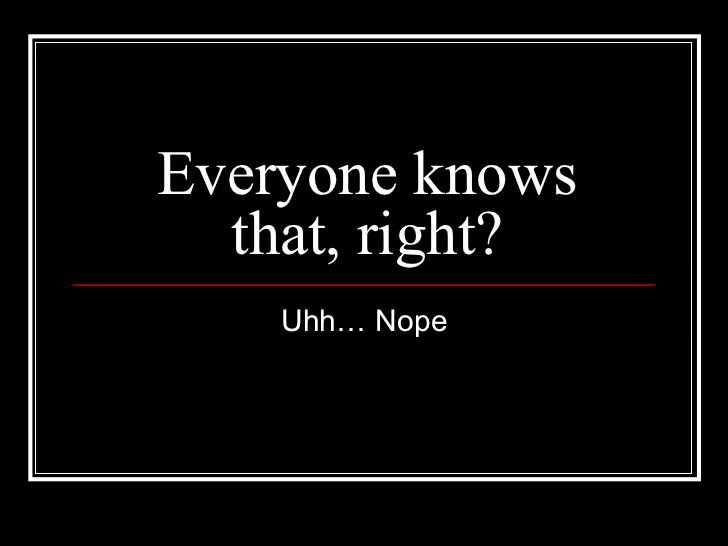 Mark (Facebook) Zuckerberg has a book club. The official title of the Zuckerberg book club is the "A Year of Books" book club, and the book Rational Ritual is now on the reading list. I discovered this from reading a column written by Michael Suk-Young Chwe, and published in The Washington Post on April 8th.

Chwe is the author of Rational Ritual, and he is, of course, delighted that the book has now been drawn to the attention of millions of Facebook aficionados. Chwe says his book is attempting "to popularize the concept of common knowledge."

Chwe's article goes on to highlight the important role that common knowledge plays in the effective operation of our society, with a specific reference to political activism. He notes that "Facebook’s recognition of the importance of common knowledge is especially appropriate because social media platforms, such as Facebook and Twitter, are now prime common knowledge generators."

Here is the statement in Chwe's column that made the biggest impression on me:

The concept of common knowledge is being applied to many new issues; there seem to be nails everywhere. In a new book, The Expressive Powers of Law, legal scholar Richard McAdams argues that a surprisingly strong reason for why people obey laws is simply because other people are obeying them. Thus laws change behavior not just because of sanctions but because they create common knowledge of what is considered acceptable.

I absolutely believe that this is an accurate description of how the world works. For the most part, we do what we believe we are "expected" to do. That can mean that we help implement the process that puts Jews onto the trains heading to the extermination camps during World War II (the phenomenon that Hannah Arendt documented in her book, Eichmann in Jerusalem: A Report On The Banality of Evil). It can also mean, in our contemporary society, our continuing participation in patterns of super consumption and waste that are leading to the breakdown of the Natural World.

Just because we usually do what we are "expected" to do, doesn't mean that we have to. We don't have to do what's expected, and what common knowledge tells us we should do. We can do something else.

If we actually do something else, something that is unexpected, we can end up surprising both ourselves and others. In fact, if we can transform what everyone expects into something different, we can actually change the world.

Considering what we're doing now, we probably need to give that a try!