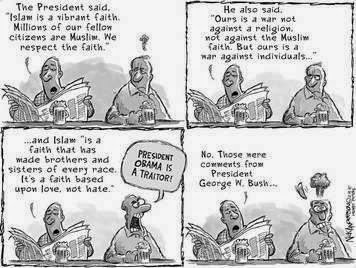 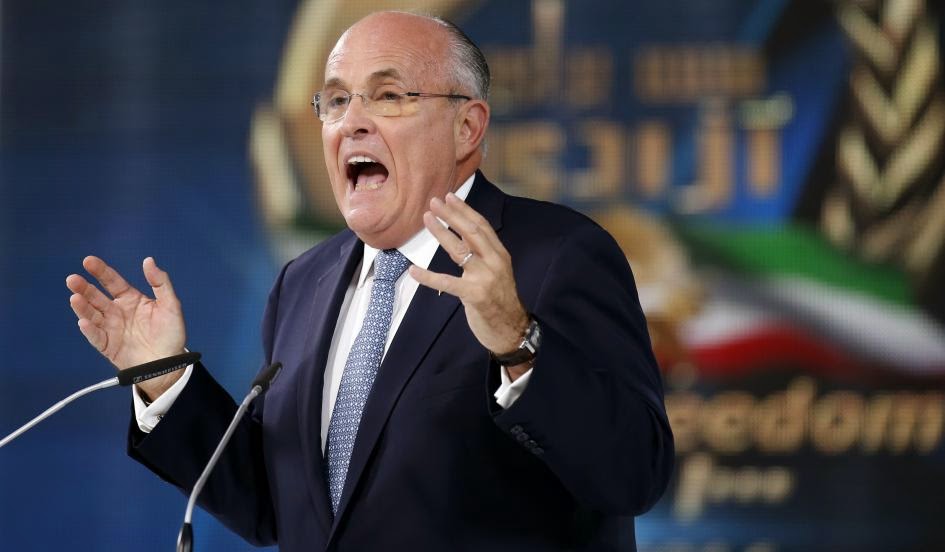 Roger Cohen, a columnist for The New York Times, wrote a commentary that appeared in The Times on Monday, February 16th. The column was reprinted in my home town newspaper, the Santa Cruz Sentinel, on Thursday, February 19th. It ran in The Sentinel under this headline: "Despite the denials, Islam and the West are at war."

President Obama has been trying, with great difficulty, to avoid declaring a "war" on Islam. Shrill criticism has attended his attempts at moderation. Rudy Giuliani, for instance, the one time Mayor of New York City, has claimed the following: "I know this is a horrible thing to say, but I do not believe that the president loves America."

Giuliani is like the man in the cartoon, and as the cartoon shows, President Bush also tried to distinguish between the bad acts of "individuals" and acts that would justify and precipitate a "war against Islam."

Clamoring for a "war" is just a popular way to say that we should be concerned about something. Drug use, for instance. Poverty, even. Certainly ruthless acts of terrorism, wherever and by whomever committed.

But the "war" metaphor almost always takes us down the wrong path.

Real wars, like the one President Bush so imprudently initiated in Iraq, almost never have good results.

As The New Yorker so often says (in a different context, admittedly) BLOCK THAT METAPHOR!