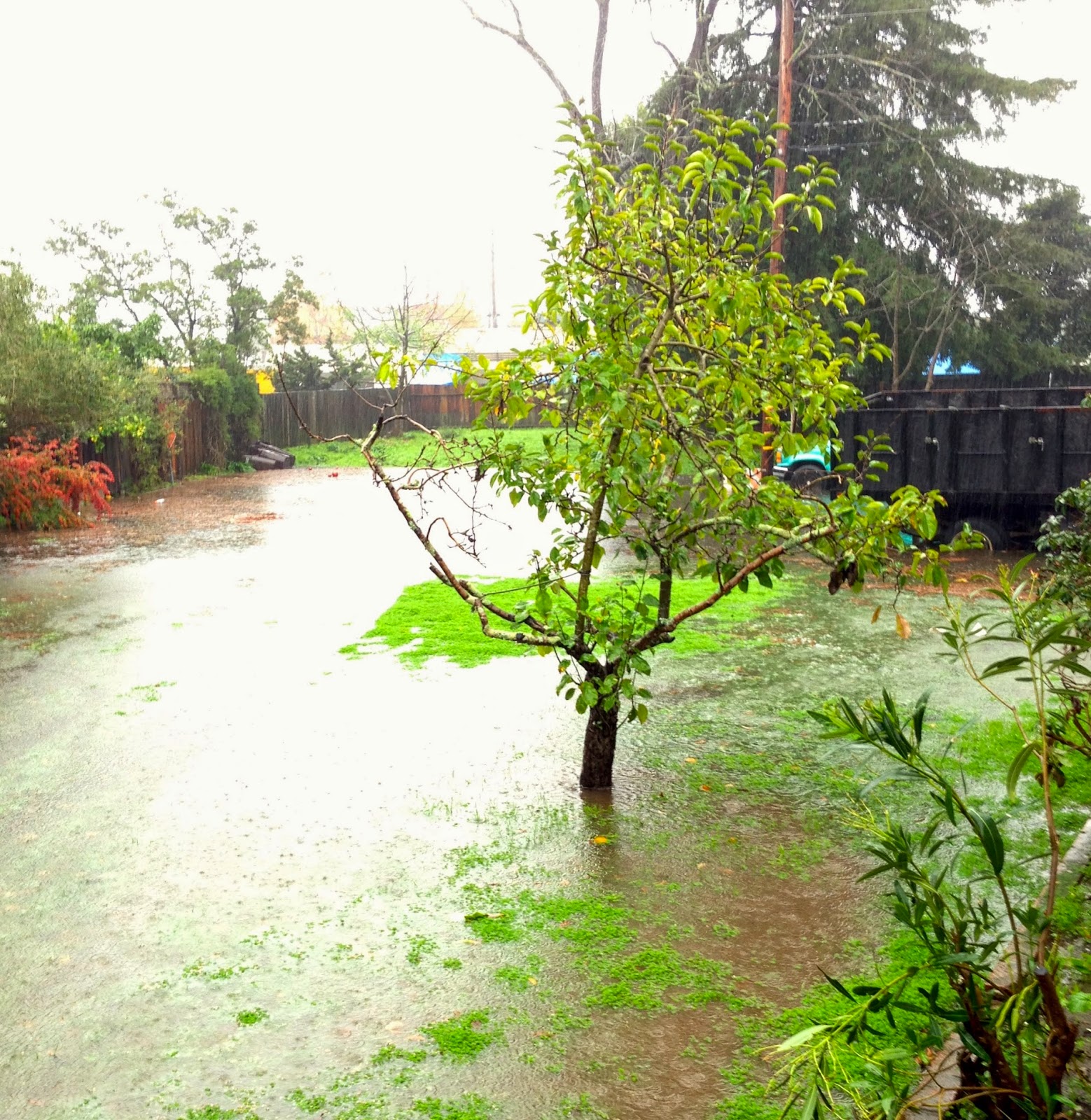 Santa Cruz County is still officially in a drought. Notwithstanding the drought, this is a picture taken out my side door on the morning of Thursday, December 11th. Plenty of water!


Too much water, in fact, for our neighborhood. Because the City's storm drain located at the end of my street is at a low point in a system that is often beyond its capacity "downstream" from my street, my street is brought into periodic service as an informal detention basin. Great for other areas, I suppose, but not so great for us.


The water shown in this picture isn't from my neighborhood. It comes from wealthier areas "uphill," from the Prospect Heights area, for those who know Santa Cruz. In a hard rain, if the downstream stormwater facilities get overloaded, my street fills up with water in about ten minutes. The resulting detention pond reaches the level of my front door steps, and I find myself trapped inside my house. I had to send an email message to a member of the State Coastal Commission, the day I took this picture. I had been hoping to meet with her, during one of the Commission's breaks, but I had to tell her I was trapped, and couldn't make the appointment. Here's what she said: "I love it when Mother Nature reminds us that she's really in charge."

There is some comfort in that, I suppose. Wish more of us realized it more often!

The night before the Thursday storm, I attended a City meeting. The point of the meeting was to inform people interested in water policy about how the City was going to be doing its water supply planning. Specifically, the Wednesday evening meeting was devoted to an explanation of the "water demand model" that the City is perfecting.

As the consultant making the presentation made clear, the entire water planning effort was founded on the "demand" model. The premise of the City's water strategy is this: (1) Figure out what "demand" will be; (2) Fill that demand.

I suggested that maybe the City should do its water planning the other way around. How about this, I asked: (1) The City should determine how much water the City can supply, using economically available and environmentally sustainable techniques: (2) The City then lives within the available water supply.

Radical thought! This didn't go over all that well with the City folks present.

The next day, as I looked at the detention pond outside my front door, I wondered why we couldn't capture and store the water that big storms produce, and then make it available to supply the City's needs. The water outside my front door was going to be flushed, very quickly, into the Monterey Bay, and then would be lost forever as a freshwater supply.

Well, maybe not forever. There is the hydrologic cycle, of course, but there is also the City's still adopted plan. Turn seawater into freshwater by adding huge amounts of energy to manufacture fresh water from the salt water offshore. That technique (called desalination) sucks up marine organisms and kills them as the water enters the desalination plant, and then releases brine at the end of the process which further degrades the marine environment.

I still think my way of doing water planning is the "right" way to do it. First we see what Nature makes available. Then, we live within that limit.

The other way of doing water planning (the "fill the demand method") means we ultimately have to "manufacture water," turning salt water into freshwater in what amounts to a "water factory," like the one shown below. That's costly. And it's environmentally damaging.

I still think my way of doing water planning is the "right" way to do it! Let's live within the supplies that Nature makes available, realizing that right now we are wasting a lot of those supplies! 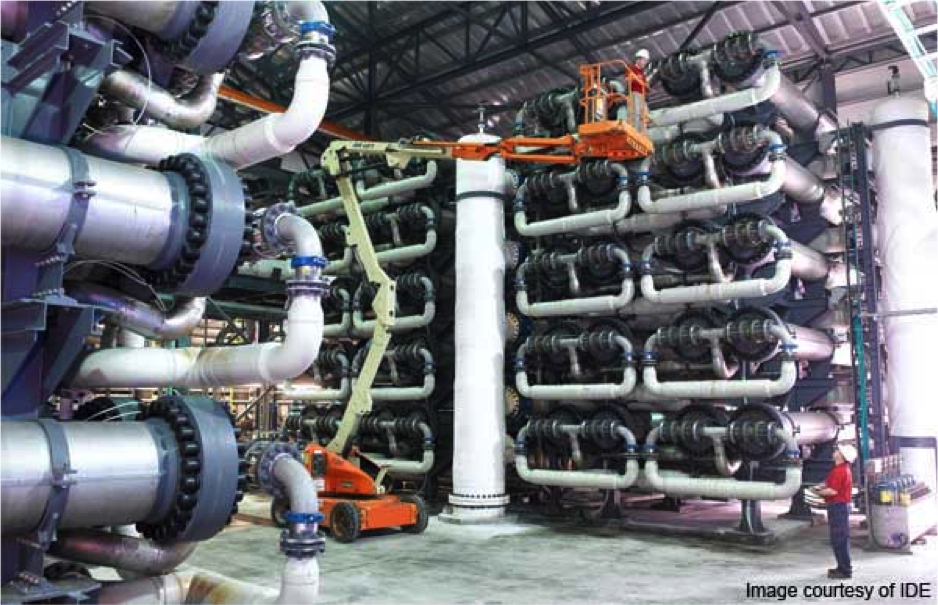