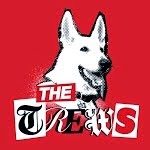 I have been enjoying Revolution, a new book by British comedian and actor Russell Brand. The book has not been received with accolades in all quarters. Quite the opposite. The Atlantic has published a review that discounts the book, and dismisses it as any kind of serious effort to discuss revolution. The Daily Beast calls Brand's book "Revolution For Morons."

My main quibble, so far, is that Revolution is somewhat less than completely comprehensible to a non-British reader (or at least to me), because of the various expressions and references, specific to England, that are liberally incorporated throughout the book.

I assume that the references with which I have trouble are fully intelligible to a British reader, but I wouldn't doubt that a British reader might have trouble with all the references to life in the United States. Brand seems to pop up with abandon on both sides of "the pond," commenting on various locales in England that I have never heard of, and turning up in the United States in places that range from New York City to a "wigwam in Utah," as the The Daily Beast describes one location that features in the book.

One of Brand's references that I didn't really understand was a reference to "The Trews." I have now discovered that this is an alternative news programme in which Brand delivers the "true news." It's not quite like The Daily Show, but maybe the intention is somewhat the same. At any rate, I found out about this reference to The Trews, that I hadn't understood, by stumbling on a video segment in which Brand deconstructs television advertising, even taking on American hero Bob Dylan for selling out to corporate capitalism.

That edition of The Trews is worth viewing. It's right here.

What he says is trew, too!