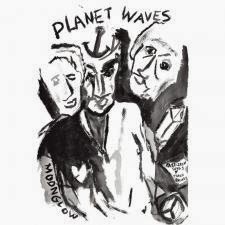 The Winter 2015 edition of Earth Island Journal cites to a recent report by the World Wildlife Fund, presenting its findings under the headline "And Then There Were None..." Tech Times covered the story, too, and I'm quoting from their publication.

According to the Living Planet Report, which is published biannually by the World Wildlife Fund, the decline in the population of the world's animals is worse than previously believed.

Two years ago, the WWF's report put the figure of wildlife loss at only 28 percent for the period between 1970 and 2008. The 2014 report revealed that the population of amphibians, birds, fish, mammals and reptiles dropped by an average of 52 percent between 1970 and 2010. The worst impact was seen in freshwater species, which saw a decline of 76 percent over the same period, or almost double the biodiversity loss experienced by land and other marine species.

"If half the animals died in London zoo next week it would be front page news," said Zoological Society of London Director of Science Ken Norris. "But that is happening in the great outdoors. This damage is not inevitable but a consequence of the way we choose to live."

If you want to put it to music, look up Bob Dylan's song on his Planet Waves album. Going, Going, Gone:

When Nature goes...
We're next.