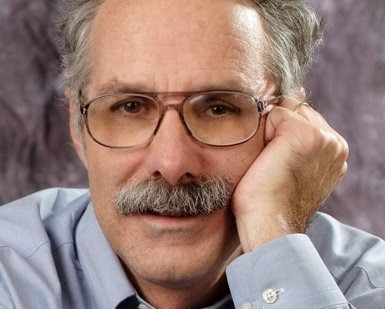 Economist Robert Samuelson (pictured) writes for the Washington Post. His columns are widely syndicated, and one of his columns, titled "The Triumph of Muddle-nomics," appeared in the Santa Cruz Sentinel, my home town newspaper, on Monday, October 6th. Essentially, Samuelson's column is a review of a new book by economist Martin Wolf.

Among other topics covered in his review, Samuelson riffs on the "nature" of the financial system. Whenever "nature" is mentioned, I perk right up, since there may be some lesson for me as I pursue my "Two Worlds" way of thinking.

One of the "Two Worlds," of course is the "World of Nature," the world upon which we are ultimately dependent. The other "World" is the world that we create ourselves. While we ultimately depend on the World of Nature, it is this "human world" that we most immediately inhabit. My thesis is that we get these two "Worlds" confused, and that a lot of our problems stem from that condition of confusion, which has penetrated almost everywhere.

Here is Samuelson's comment about the "nature" of economics that caught my eye:

Prolonged economic stability makes the financial system unstable, Wolf says, quoting the late economist Hyman Minsky, because bankers and others take stability for granted. Believing in this stability, they assume greater risks. Why didn't regulators prevent this? The answer, Wolf argues, is that they were captured by free-market thinking that markets would spontaneously correct errors.

Economics is definitively within the "human" realm, within that "World" that we create. In our world, everything that exists depends on our actions. Nothing is "spontaneous," in the sense that it exists independently of what we ourselves choose to do.

If we start thinking that economics "spontaneously" will produce good conditions and "correct our errors," we are making a big mistake. The so-called "Free Market" is totally dependent on human activity. Therefore, the economic realities that affect us so profoundly are a matter of our political choice.

Our failure to understand this, and to exercise political control over the financial system, is what allows the rich to grow richer, and the poor poorer, all in the name of a flawed hypothesis that posits that economic laws are like the laws of Nature.

They're not. We decide.

Or, some of us do. If you and I aren't doing the deciding, we're going to be victimized, and it isn't the "nature" of the financial system that is doing us dirty.

It's no "law of nature" that guides our economy and that governs our financial system, and those who are really running our politics and economics, who understand perfectly well that human beings are in charge of what happens in our world, are manipulating the system to benefit themselves, not the majority.

When are the rest of us going to wake up, and decide that we need to start controlling the world of human action, including the economic realities of that world? Frankly, instead of acting like a free and self-governing people, and running our own economy to benefit the majority, we believe the false gods of a supposedly "free market," and are no better than the adherents of a cargo cult, waiting for that "free market" to deliver abundance to our shores.