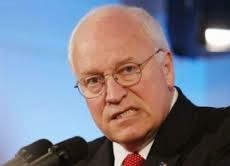 I am no poet.
The word "ghazal"
Was new to me
But then ...
I ran into a poem
About Dick Cheney

And now I know

What is a Ghazal?

The ghazal is composed of a minimum of five couplets—and typically no more than fifteen—that are structurally, thematically, and emotionally autonomous. Each line of the poem must be of the same length, though meter is not imposed in English. The first couplet introduces a scheme, made up of a rhyme followed by a refrain. Subsequent couplets pick up the same scheme in the second line only, repeating the refrain and rhyming the second line with both lines of the first stanza. The final couplet usually includes the poet’s signature, referring to the author in the first or third person, and frequently including the poet’s own name or a derivation of its meaning.

Traditionally invoking melancholy, love, longing, and metaphysical questions, ghazals are often sung by Iranian, Indian, and Pakistani musicians. The form has roots in seventh-century Arabia, and gained prominence in the thirteenth- and fourteenth-century thanks to such Persian poets as Rumi and Hafiz.

I am told it’s good to forgive.
So I will do myself later and start with Dick Cheney.

After all, I honestly wept for Frankenstein.
Perhaps I can love Dick Cheney.

Doris Lessing says forgive what you cannot understand.
I will try not to understand Dick Cheney.

The lamby-soul of a child is sweet, androgynous.
So must be the soul of Dick Cheney.

Sometimes I am overcome that he is cynical.
I must not project my shadow onto you, Dick Cheney.

Did you ever truly clear a decent shelter for sorrow?
Me neither, Dick Cheney.

But I try. And in trying now, my hate
is turned to this flower, Dick Cheney.

If I knew you better—if you were a friend,
how much harder it would be, Dick Cheney,

to be tender and awake in the face of you.
It’s easier to forgive people like Judas, Pharaoh, Dick Cheney,

than the people I know who voted for you,
some twice; some even with yard signs, Dick Cheney.

Why should it be your fault that you are so beloved?
We lifted the sedan chair, crowned you twice, Dick Cheney.

Then why does my body convulse
every time I think of your smile, Dick Cheney?

That would be judgment, I know.
I’m trying to forgive you, Dick Cheney,

to take you back to the many-armed sea of mothers
where you are unborn once more, Dick Cheney,

no pacemaker, no surgeons starting your heart
over and over, Dick Cheney;

no pesky Congress, no courts or lesbian daughter to ponder.
Just that bliss of androgynous innocence we all lost once, Dick Cheney.

Ken says ah, source of all beauty, still unborn sleep that lasts forever—
thing all music longs for, even yours, even mine, Dick Cheney.

From Four Poems by Ken Weisner