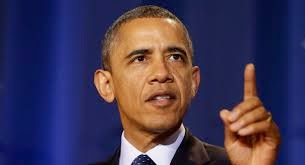 I recently heard from one of my close friends (who happens to live in Minnesota). He forwarded me a link to a recent denunciation of President Obama by Cornel West, and asked for my reaction. West claimed that the President had "posed as a progressive and turned out to be counterfeit."

Here's what I wrote to my friend:

I had put that article on my Facebook page, without really "weighing in." I tend to think that Cornel West is a bit harsh, but the essence of his analysis of Obama's instincts is correct. Obama is not a "progressive."

The reason I think West is harsh is that our political debates (including those in the 2008 Presidential election) do not really articulate the different choices before us, and thus whomever we elect has not really been elected to represent a particular "side." Politics IS about taking sides, and yet our politics almost everywhere, even in places like Santa Cruz, is attempting to disguise conflict and difference. It is unreasonable to charge Obama with a kind of "betrayal," and to say that he "posed" as a progressive. Anyone who thought that Obama had made a commitment to a particular political program or "side" was fooling him or herself. After all, Obama went out of his way, in his campaign, to emphasize that he was going to be for "everyone." In a healthy politics, candidates pick sides, and then the majority decides who they want. If the people later change their minds, they can elect someone else. But in that kind of politics, you have to be both "for" and "against" something and/or somebody. Remember Roosevelt's denunciation of the "malefactors of great wealth." They hate me, he said, and I "welcome their hatred." He picked a side. And then he worked for it.

Obama is a much more thoughtful and a much better President than his predecessor, but he doesn't represent a "side," and he has succumbed to the forces really running the country (the massively wealthy and the arms dealers and militarists), because he doesn't have any public support that will allow him to do otherwise. And that's because he didn't pick a "side," and then win for that side.