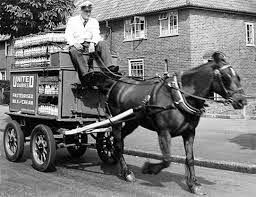 I went to a meeting a week or so ago at which that old saying about "putting the cart before the horse" came into the discussion.

Here is what Wikipedia has to say about the expression:

Cart before the horse is an idiom expression or proverb used to suggest a conventional or culturally expected order or relationship. A cart is a vehicle which is ordinarily pulled by a horse; and to put the cart before the horse is an analogy for doing things in the wrong order. The figure of speech means doing things the wrong way round or with the wrong emphasis. The idiom is about confusing cause and effect.

Water was the topic being discussed at the meeting I attended. The Water Supply Advisory Committee established by the City of Santa Cruz, to help develop a long-term plan that can balance water availability and water demands for the City's water service area, had reportedly decided, by "consensus," that the City should make a commitment to develop whatever new supplies of water might be needed to accommodate whatever new growth might ever be planned for the City, as reflected in the City General Plan.

In this formulation, "growth" was the "horse," and water supply was the "cart."

Many suggested that maybe this was going at things "the wrong way round," and that the City should determine what water could be made reasonably available, taking into account both cost and the environment, with future growth then being determined on the basis of what water resources were available, on a sustainable basis.

Anyone who has read my postings in this Two Worlds blog knows what I think.