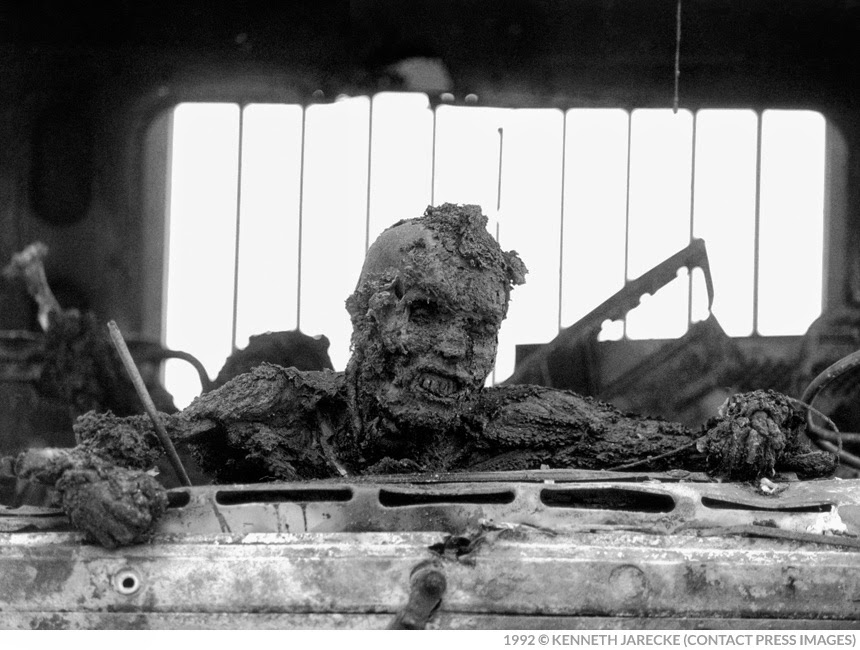 This picture is of an Iraqi soldier burned as he was trying to extricate himself from a truck. It was taken during the Gulf War. You can read a story about this picture. Just click here.

The photographer who took this photo thought it would change America's understanding of what the Gulf War was really like.

But the American media wouldn't publish the picture.

War is hell. If we really knew that, deep down, maybe we wouldn't jump into so many wars. The Gulf War came before the War in Iraq, and that war has left nothing but death, devastation, and destruction behind. And now that war is threatening to reignite.

Here's what the photographer who took the picture above says was the predominant image of war in Iraq, the image that the American public thought showed the realities:

It was one picture after another of a sunset with camels and a tank.

They say that a picture is worth a thousand words. But that is only if the picture gets published.

Since we can't count on pictures, we are going to need many thousands of words to stave off a new American participation in a war in Iraq.