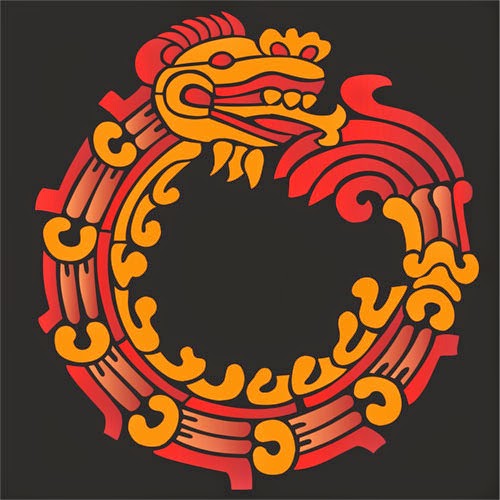 This smacks of the basic, insidious mechanism at the heart of consumerist capitalism: It feeds on its own excesses, the snake eating its tail. It promises to fulfill our every need, but instead, multiplies our needs ad infinitum.

"The Uses of Enchantment," By Jessica Stites

Pictured is an Aztec version of the Ouroboros, an ancient symbol depicting a snake or a dragon eating its own tail. The quote is from an article in the August 2014 edition of In These Times, commenting on the "internet of things."

In modern usage, "chasing your tail" means "to be busy doing a lot of things but achieving very little."

As fascinating as talking thermostats and picture frames might be, there's a pretty good reason to ignore that "internet of things."

You might even want to phrase it this way: WWGD?

What Would Gandhi Do?