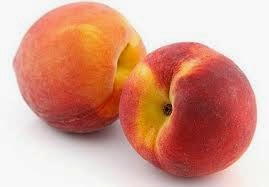 For Father's Day, my son Philips gave me a book by Tom Robbins, who turns out to have been born in either 1932 (Wikipedia) or 1936 (Google), or on some other date prior to the start of World War II. In one of the chapters in the book, Tibetan Peach Pie, Robbins claims to be an "octogenarian." Since Tibetan Peach Pie was published in 2014, I think that argues for the earlier date.

What you are probably wondering is what that "Tibetan Peach Pie" thing is all about. I am wondering, too. Apparently, it's some kind of reference to an old "shaggy dog story," but Robbins doesn't illuminate further. He suggests you write him at P.O. Box 338, La Conner, Washington 98257, to get a comprehensive retelling of that story, though he makes no commitment as to how fast his shaggy dog is going to respond to any such inquiry.

Rather than wait around for the mail, I suggest reading the current book first, and then Robbins' novel, Even Cowgirls Get The Blues. According to Robbins, that novel features what is supposed to be an abbreviated version of that shaggy dog tail.

At any rate, I recommend the "memoir." It's peachy.