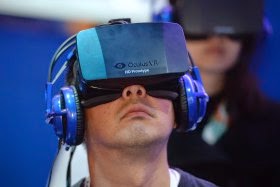 I know that my "Two Worlds" schema is somewhat of an abstraction, but I actually do believe that trying to think about things from a "Two Worlds" perspective helps focus attention on an important aspect of the reality (or realities) that define the world (or worlds) in which we live.

I have to admit that it does make sense to assume that there is really only "one" world, in the final analysis. I also admit, in terms of the dimensions by which we ought to measure our reality, that my "Two Worlds" scheme leaves out what is quite arguably an important "third" dimension, too, the difficult to define but nonetheless real world of the "spirit."

Despite its problematic aspects, the "Two Worlds Hypothesis" does have some advantages. It directs our attention to the fact that the Natural World is a world that has preexisted us, and that operates by "laws" that are independent of us, and that are not susceptible to human modification. In "our" world, the world that we create (a world that might also be called "civilization"), the laws are what we say they are, and human realities can be changed. If we get confused about the "world" in which we are operating, we can make big mistakes.

It is my belief that we are most definitely confused, most of the time!

Thinking about things from the "Two Worlds" perspective, what are we supposed to make of "virtual reality?" The realities of the virtual worlds we create, and beam into virtual-reality-headsets, like the Oculus VR headset pictured, are clearly not part of the Natural World, even though aspects of that Natural World may be imported into the pictures we see within the headset. So, the "virtual realities" we create are part of our human world, but they are a step away from the physicalities we normally associate with human creation.

"Virtual reality" dispenses with both of the physical worlds we inhabit, the World of Nature, and the world constructed by human choice and action.

I deduce from that fact that when we fasten on those virtual-reality-headsets we actually "go blind" to the genuine realities that have always constituted those "Two Worlds" in which we both immediately and ultimately live.

So, as we might say to a blind person in real life, "watch out for the curb!"