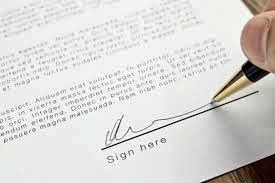 According to an article in the San Jose Mercury News on Saturday, March 22, 2014, the San Francisco 49ers football team has reneged on a promise to replace youth soccer fields that will be impacted by the team's proposed move to a new stadium in Santa Clara.

What's new? Businesses lie to get what they want. I was an elected official for twenty years, and I found, from sad experience, that the promises of developers aren't worth anything unless they are memorialized in legally-enforceable conditions.

The 49ers' failure to follow through on their promises to young soccer players and their parents is just another example of one of the most basic rules of legal life, applicable in both personal and governmental contexts:

Get it in writing!

There aren't any exceptions to this rule. If you don't get it in writing, you probably aren't going to get it in real life.