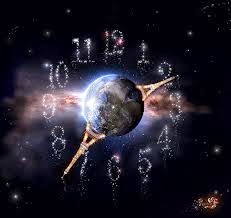 Last Sunday, February 9th, the Santa Cruz Sentinel published an article about a presentation made by astronomer Sandra Faber, a professor emeritus at the University of California at Santa Cruz. Among other things, Faber said that we have been given "the precious gift of cosmic time."

What Faber also said, and something that particularly interested me, was that "we got here according to the laws of physics and we are subject to those laws and must live within them."

I call the laws of physics, and similar laws, the "laws we can't break." Like the Law of Gravity, for example.

In our human world, the laws we promulgate are ones we can change, or ignore (we can "break" those laws), but we can't change the Laws of Nature. The Laws of Nature predict what must and will happen. If such laws don't do that, then they aren't really "laws." In our human world, laws don't "predict" anything, because we can both ignore and knowingly violate any human-made law. Rather than being "predictive," human laws are "prescriptive." They state not what we must and will do, but what we have chosen to tell ourselves that we should do.

Faber pointed out that what we have chosen to do in our human world is not consistent with the long term workings of the Laws of Nature. She urges us not to "be guilty of magical thinking in predicting our future."

In other words, it is Faber's advice that we make changes in our human world, and radically cut back human impacts to the Natural World.

I don't think we have the "gift of cosmic time" to do that, either.

Query, in fact, whether we have any time left at all.