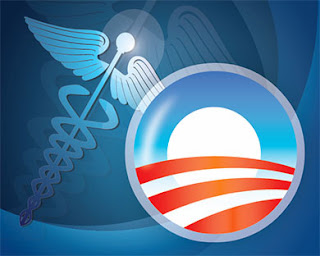 Leonard Pitts is a Pulitzer Prize winning columnist for the Miami Herald. On Wednesday, October 16th, Pitts wrote one of the most scathing columns I think I have ever read. Since I don't watch television or listen to "talk radio," I was unaware of Dr. Ben Carson, a retired, African-American neurosurgeon who is a commentator on Fox News, and who is apparently now a major spokesperson for radical right elements within the Republican Party. Carson has called the Affordable Care Act (Obamacare) the "worst thing that has happened in this nation since slavery."

This is the comment that prompted Pitts' column. The column is worth reading. Pitts says that Carson's comment, and Carson himself, are "beneath contempt." Certainly the comparison Dr. Carson makes is outrageous. No matter how bad the system established in the Affordable Care Act may turn out to be (if, in fact, bad things are the preponderant result), this legislatively established health care program will not turn human beings into "property," with which the "owner" can do whatever he or she might will. That slavery system is a horror that was built-in to the foundation of what we call our "democratic" political system. It is the worst thing that has ever happened in this nation, and its horror persists to this day. An allegedly misguided health care program doesn't even come close to slavery. The comparison is odious. Pitts is right.

If we don't want our politics and democratic system to be held in contempt, we must all be careful not to enjoy our rhetoric more than we value a genuine discussion of the legitimate conflicts and controversies that are inevitably part of the discussion, debate, and ultimate decisionmaking that is the only thing that will allow us to be, as we hope to be, members of a self-governing democracy.

When rhetoric like that employed by Dr. Carson is considered "normal," it becomes almost impossible for our democratic system to work. We saw that as extreme rhetoric in Congress led to extreme intransigence, and our nation came within twenty-four hours of precipitating a worldwide financial crisis, by repudiating our national obligation to pay our debts.

Words do matter. Differences of opinion are legitimate. Hyperbole and extreme rhetoric can be life threatening.