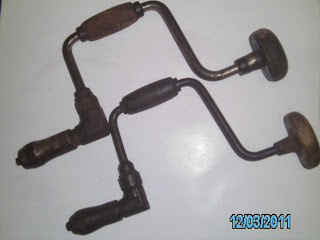 : A mechanism that consists of a bar or wheel having inclined teeth into which a pawl drops so that motion can be imparted to the wheel or bar, governed, or prevented and that is used in a hand tool (as a wrench or screwdriver) to allow effective motion in one direction only.

Our actions, over time, comprise a history, the story of how we brought into reality the human world we inhabit today.

The future is always open because human beings have, always, the gift of freedom. Whatever our past and present, the future affords us an opportunity to do something new.

Let's acknowledge, however, the "ratchet effect" built into history. Anyone who has ever used a ratchet tool, like those shown above, knows that our ability to move forward, and to accomplish whatever task is at hand, is mightily strengthened by the presence of a ratchet, since the ratchet mechanism prevents us from slipping back, and losing the gains we have worked so hard to achieve.

Our history is like a ratchet, in that it convinces us that we "can't go back." And, indeed, it's not easy to go back, and it shouldn't be. We are only able to progress forward because of that built in ratchet effect.

Anone who has ever used a ratchet tool, though, knows that we, ultimately, do control the ratchet. We can reverse our motion, when we need to, by slipping the ratchet lock, permitting us to turn in the other direction.

That ability, to turn around, is the essence of what freedom means, in historical context.

We shouldn't forget that.