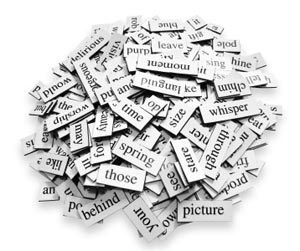 I was taken by a recent column written by David Brooks and published on May 21, 2013 in the New York Times. Brooks told his readers "a story about the past half-century." The story Brooks told was based on an analysis of the frequency of word use in published works, as revealed by a search of a database amalgamated by Google. According to Brooks, Google has made available the text of 5.2 million books published between 1500 and 2008, and it's apparently pretty easy to find out how frequently different words were used in different epochs.

What has happened to American culture during the last half century? Basing his conclusions on word search studies done by others, Brooks says that "society has become more individualistic...It has also become less morally aware." Brooks goes on to note that there has been an increasing "governmentalization" of our society, as "the atomization and demoralization of society have led to certain forms of social breakdown, which government has tried to address, sometime successfully and often impotently."

Probably, different ways of structuring the searches might provide different conclusions. However, Brooks' "story" does seem to resonate.

I know it resonates where politics is concerned. If our politics has atrophied (and I think it has), that is definitely related to a culture in which "individualism" is ever more pervasive in our society.

It is through "politics" that we create our human world, and that enterprise is most emphatically a community effort!