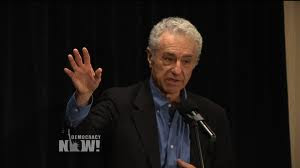 I am reading a book by Gar Alperovitz (pictured above). It turns out that Alperovitz has the same kind of idea about "utopian thinking" that I do:

Not to be too academic, but it's worth mentioning that we are also talking about the sociology of knowledge and scholars like Karl Mannheim, an important mid-twentieth-century Hungarian who did most of his work in Germany and Britain. Mannheim held that the dominant ideology legitimated and helped defend the dominant class and dominant system. What he called "Utopia," on the other hand, represented a set of ideas posing a fundamental challenge to the dominant ideas. In Mannheim's world utopia was not, as we often think of it, as state that can never be reached; it was the emerging new direction.

Since I read Mannheim in my Social Thought and Institutions seminar, which focused on utopia, and since Alperovitz cites Mannheim as the foundation for his own ideas about utopia, I guess that there shouldn't be any surprise that I like Alperovitz' thinking. Utopia is, indeed, "an emerging new direction." And far from being a "state that can never be reached," it is an attainable goal (within our human world).

The Mannheim book I best remember is called Ideology and Utopia. It's still worth reading. Alperovitz' book is called What Then Must We Do?