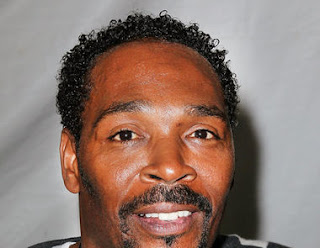 Rodney King was an African-American construction worker who became nationally known after being savagely beaten by Los Angeles police officers, following a high-speed car chase. The assault on King took place in 1991, and was videotaped; based largely on that video evidence, four of the police officers who beat King were tried for assault with a deadly weapon and use of excessive force.

Three of the four officers were acquitted outright of all charges, and the fourth officer was acquitted of the charge of assault with a deadly weapon, with the jury deadlocked 8-4 in favor of acquittal on the charge of use of excessive force. According to Wikipedia, "the acquittals are generally considered to have triggered the 1992 Los Angeles riots, in which 53 people were killed, and over two thousand were injured. The riots ended after soldiers from the United States Army National Guard, along with United States Marines from nearby Camp Pendleton, California, were called in to assist local authorities and quell the riots."

During the riots, King appeared on television and made a famous plea, "can we all get along?"

King died last year. His poignant question came to mind as I read a news article over the weekend, which highlighted the nastiness of political commentary in today's world. Is Rodney King's question really so naive?

Conflict and controversy are inevitable, within any human society, and our political institutions are supposed to be the way we avoid violence, as we seek to resolve the very real differences that do exist. If the nastiness of our political discourse reaches a point at which all "decent people" simply refuse to engage or participate (and there is substantial evidence that we have either passed or are reaching this point in our national level politics), the option seems to be violence in the streets.

I don't think Rodney King was naive, and President Obama isn't either. The President is actually asking, through his famous "moderation," the same question today that Rodney King asked back then. The future of our politics may well depend on the answer we ultimately provide.

If political discourse is turned into a "cudgel," which is what right wing commentator Michael Goldfarb brags about doing, we will end up in the streets.