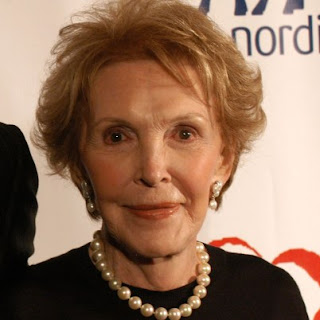 I may be wrong, but it is my impression that just as Ronald Reagan was "beloved" by many, so was Nancy Reagan. The Reagans were not on my personal "beloved" list, and I certainly haven't done any "research" about the popularity of Nancy Reagan, during the time she was First Lady, or afterwards. Still, it is my impression that she was generally well regarded, and if she was, I think it was perhaps largely due to her "Just Say No" campaign against drug use.

I think people made fun of the "Just Say No" campaign, but as you might guess from my posting #37, last Wednesday, I think that "Just Say No" is one great way to change the world.