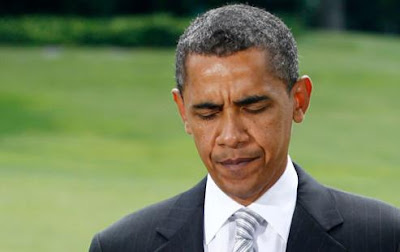 I am subscribed to a blog published by The Hannah Arendt Center For Politics and Humanities at Bard College. You can subscribe, too.

On January 1st, the blog was titled "The Once And Future Liberalism," and discussed an article with that same title, authored by Walter Russell Mead. I read the article, and I recommend it. As is so often the case, however, I found that the article's analysis of "the problem" was quite good, while the "remedy" proposed was less so. Don't we all have that experience? It is usually easier to know what's "wrong" with the world than to know exactly what we should do to make things "right."


I have always been proud to think of myself as a "liberal." Mead's main point is that "liberalism" is dead, and that it cannot be and will not be resuscitated. According to Mead, the governmental gridlock that is driving everyone crazy, here in the United States, significantly stems from the unwillingness of "blue state liberals" to recognize that the essential elements of what has come to be called "liberalism" are no longer functional:


“Liberal” and “progressive” are two of the noblest and most important words in the English dictionary. They describe essential qualities of the American mind and essential values in American politics in a country born in reaction against oligarchy and concentrated autocracy. They sum up in a nutshell what this country is all about. A liberal is someone who seeks ordered liberty through politics—namely, the reconciliation of humanity’s need for governance with its drive for freedom in such a way as to give us all the order we need (but no more) with as much liberty as possible. In this sense, liberty isn’t divided or divisible into freedoms of speech, religion, economic activity or personal conduct: Genuine liberals care about all of the above and seek a society in which individuals enjoy increasing liberty in each of these dimensions while continuing to cultivate the virtues and the institutions that give us the order without which there can be no freedom.

But today the words liberal and progressive have been hijacked and turned into their opposites: A “liberal” today is somebody who defends the 20th-century blue social model; a “progressive” is now somebody who thinks history has gone wrong and that we must restore the Iron Triangle of yesteryear to make things better. Most of what passes for liberal and progressive politics these days is a conservative reaction against economic and social changes the Left doesn’t like. The people who call themselves liberal in the United States today are fighting rearguard actions to save old policies and established institutions that once served noble purposes but that now need fundamental reform (and in some cases abolition), lest they thwart the very purposes for which they were created.

Frankly, it's pretty hard to disagree with Mead's presentation, as you go through it, with respect to the problems of "liberalism" in the modern day. But his policy recommendations don't seem to me to provide solutions:


Developing a politically successful liberalism 5.0 must start with an understanding of what the people want. Americans may be conflicted, but we are not particularly complicated. In a big-picture sort of way, the American people have a Maslovian hierarchy of needs, and we want our political leaders to meet them all. By and large, American voters want five things. First, above and before all else, they want physical safety for themselves, their loved ones and their property. Americans generally expect American politicians to pass a credibility test on this issue before hearing them out on other issues. That is unlikely to change.

Second, Americans want and expect rising standards of living. Times when the economy fails to deliver the growth Americans expect tend to be politically tough: like the depressed years of the 1880s and early 1890s and, of course, the Great Depression. And now.

Third, Americans want honor. We don’t want to be dissed by foreigners and we want to be free, equal and in charge of our own lives at home. We don’t like plutocrats, snooty social hierarchies, privileged hereditary ruling elites, or intellectual and moral poobahs telling us how to live. We despise being at the mercy of large, unfeeling corporations. We don’t like having our privacy violated by public or private snoops. We hate standing at the DMV line like humble peasants as officious bureaucrats abuse their authority. We also believe, deeply and viscerally, that the commonsense reasoning of the average person is enough to resolve political and moral questions, and we don’t like experts who try to impose counterintuitive policy ideas (that deficits are good for you, for example).

Fourth, Americans want to feel that the United States of America is on track to fulfill its global mission, whatever that is (and our thinking here lately tends toward the fuzzy). But Americans generally feel that this exceptional country has some kind of unique world role, and they want their political leaders to keep the country on the right course.

Finally, Americans want to believe that all four goals work together: that defending their security, promoting their prosperity, preserving their freedom and equality and fulfilling their global mission are all part of an integrated package and worldview—and that the commonsense reasoning of the average American can understand the way the pieces fit together. They are, in other words, looking for more than a set of unrelated policies that accomplish certain discrete goals: They want those policies to proceed from an integrated and accessible vision that meshes with their understanding of traditional American values and concerns.

What I am hearing from Mead, in terms of an agenda for the future, is as follows. We need to do what Americans "want," and what Americans "want" is: (1) "security" (as in TSA inspections at the airports); (2) ever continuing economic expansion; (3) governmental programs that don't expose us to bureaucratic indignities; (4) a continuation of hegemonic American domination of global commerce and conflict, presumably including lots more of those drones, everywhere - or something else that lets Americans experience "manifest destiny" on a global scale; and (5) integration of all of these elements in a package that makes us think that "all's right with the world," the way we used to feel in the 1950's, and the 1960's (until the Vietnam War came along).

And I say, good riddance!