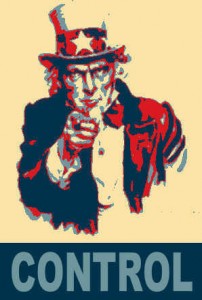 I am still thinking about President Obama's inauguration, and about reactions to it. The Wall Street Journal didn't like his speech. No surprise there, of course. They don't like anything related to government in general, and to President Obama, specifically. Their editorial, in the January 22nd edition, was titled, "We the Government." The editors denounced Obama's references in his inaugural speech to that famous phrase, "We the People," from the Preamble to the Constitution:

The President borrowed the Constitution's opening words of "we the people" numerous times, but his main theme was that the people are fundamentally defined through government action, and his government is here to help you.

In fact, since any nation is composed of numerous individuals, and since this is particularly true of our "nation of immigrants," where we are not defined by any commonality of "the colors of our skin, or the tenets of our faith, or the origins of our names," as the President put it, a real question is posed: who or what is the nation?

The President's speech states his conclusion: "What makes us American is our allegiance to an idea, articulated in a Declaration made more than two centuries ago."

In other words, unless we going to define ourselves only as a group of unrelated individuals, we are defined, collectively and as a "nation," by our political process. The fact that we can say "we are the government," and make it stick, is the greatest privilege of our citizenship. It is a gift we need to transmit, without amendment, to our posterity. And it is a light to the world.

(As a fun digression, track down the Florida Keys Tea Party website, from which the illustration comes. There, you will find that the Florida Keys Tea Party group is upset with Obama for another reason. They don't want "leadership." That's right! They say: "It’s time to end all leadership in government." Somehow, though I am definitely a "we the people" guy, that doesn't seem quite right to me.)