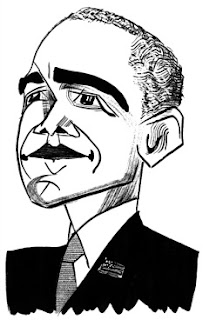 David Remnick, Editor of The New Yorker, has just published what I consider to be a splendid "Comment" in the November 19, 2012 edition of his magazine.

Entitled "No More Magical Thinking," Remnick's "Comment" calls upon President Obama to "step outside the day-to-day tumult of Washington politics and establish a sustained sense of urgency" about global warming and climate change.

In fact, the President's announced energy policy has emphasized the need to invest in "green" energy, but only in the context of a policy that says that our energy strategies should include "all of the above." In other words, any new energy development is to be considered a good energy development.

This "all of the above" approach is profoundly wrong. Every new energy development that increases the combustion of hydrocarbon fuels, whether those fuels be dirty coal, tar sands, oil, or natural gas, puts the future of our civilization further in peril.

Read Remnick's "Comment." It strongly conveys, at least to me, the sense of urgency that we need to feel about global warming and climate change. It's not hard to guess why Remnick cares. His magazine is called The New Yorker. Here's what it meant to be a New Yorker, just one week before Election Day: