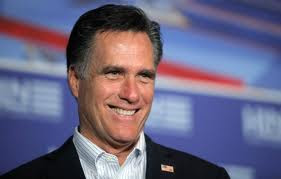 Here is what Eric Alterman says about that question in a recent article in The Nation:

Those two words conjure up a world in which one thing is certain: there will be chaos.

"Chaos" ensues when those charged with the governance of the nation act as if the institutions of our government, and the legislative enactments and programs that our government has established, are a "problem" to be eliminated. This is, in fact, the political position advanced by the economic elites for whom Romney speaks, and whose servant he would be.

I think Alterman's article makes a strong case for the reelection of President Obama.

I recommend it. (Both the article, and the reelection of the President).