To pursue desalination or not? There is a debate about this in my home town of Santa Cruz, California. There are some arguments in favor of desalination, and a lot of arguments against it. The current debate, as framed by an initiative measure on the ballot in November, isn't actually on the merits; it's on whether or not the voters should be guaranteed their right to vote on desal, by placing a provision that guarantees that right in the Santa Cruz City Charter.

Desalination is an industrial process to "manufacture" potable water. Maybe that might be necessary, sometimes, but I think it should be the last resort. My personal bias is for our community to find a way to live within the limits of the natural resources available to us. That's not always "easy," but it's usually the "right" thing to do. At least that's what I believe. Of course, you'd expect that sort of bias from someone who believes that the world we most immediately inhabit is a world that we construct, within the World of Nature, and that "our" world is ultimately dependent on that World of Nature, which we did not create.

Recently, when I was up at the University of California at Santa Cruz to participate in a debate about desal, I used a two-slide PowerPoint presentation to make my case.

For me, these pictures say a lot: 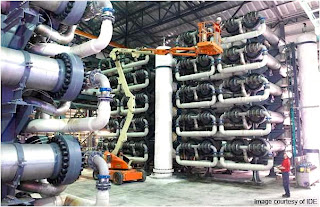 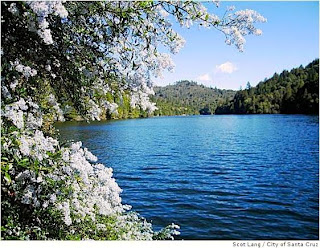