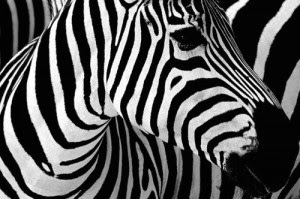 The dictionary that came with my Apple computer says that "contrast" is "the state of being strikingly different from something else."

Wikipedia goes in a slightly different direction, saying that "contrast is the difference in luminance and/or color that makes an object (or its representation in an image or display) distinguishable." In other words, using the Wikipedia definition, we can only "see" something, and distinguish it, and know that it exists, because it stands in "contrast" to something else.

Life and death come to mind. We can't really have life without the contrast of death to reveal it to us, to make it possible for us to "see" life for what it really is.