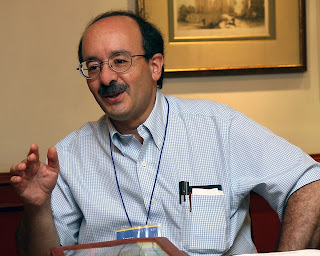 Amory Lovins (pictured) is the Executive Director of the Rocky Mountain Institute. He tells the following story in the latest RMI report:

In the early 1950's, the Dayak people in Borneo had malaria. The World Health Organization had a solution: spray DDT. They did; mosquitoes died; malaria declined; so far, so good. But there were side-effects. House roofs started falling down on people's heads, because the DDT also killed tiny parasitic wasps that had previously controlled thatch-eating caterpillars. The colonial government gave people sheetmetal roofs, but the noise of the tropical rain on the tin roofs kept people awake. Meanwhile, the DDT-poisoned bugs were eaten by geckoes, which were eaten by cats. The DDT built up in the food chain and killed the cats.

Without the cats, the rats flourished and multiplied. Soon the World Health Organization was threatened with potential outbreaks of typhus and plague, and had to call in RAF Singapore to conduct Operation Cat Drop - parachuting a great many live cats into Borneo.

Or, as Jesus said, "Father forgive them, they know not what they do."