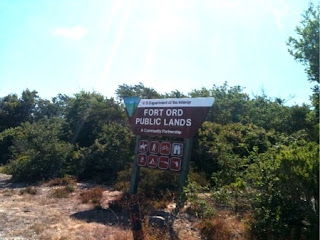 Our actions in the land use arena help create the world in which we most immediately live, and either respect, or not, the world of Nature upon which we are ultimately dependent.

In the land use arena, grassroots community action can make a big difference. In Monterey County, where the stakes are very high, the impact of grassroots community action has become quite clear. Within the last year or so, the lands of the former Fort Ord have been targeted for major development. The so-called “Whispering Oaks” project generated intense public involvement, including a successful petition drive to put a referendum on the ballot. That effort reversed a decision by the Board of Supervisors to cut down 3,000 to 4,000 oak trees to build a bus maintenance facility.

A citizen’s group called Keep Fort Ord Wild has filed suit to challenge the environmental review undertaken for a major new road on the lands of the former Fort Ord, and now grassroots activism is focusing in on the so-called “Monterey Downs” development. This development would take place under the aegis of the City of Seaside, not under the jurisdiction of the County Board of Supervisors, but this development, too, would result in a massive rearrangement of the natural environment on the former Army base, and thousands of oak trees would probably be put to the axe.

I hope that Monterey County residents will get involved in the grassroots efforts aimed at protecting and preserving the lands of Fort Ord. The Environmental Impact Report process for the Monterey Downs development is just beginning, and there is lots of time to get involved.