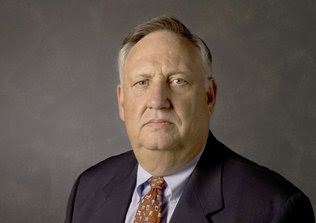 Dan Walters is a long time columnist for The Sacramento Bee, and his column is widely syndicated. Thus, I got to read his thoughts about how to make the California Legislature work better in the Valentine's Day edition of my hometown paper, the Santa Cruz Sentinel. Walters' column was titled, "Is a part-time California legislature the cure?"

Walters is pretty disgusted with the California State Legislature. In this he is in the company of the multitudes. Well-respected polls say the public approval rating of the Legislature is less than 20%.

Though he doesn't reject the part-time Legislature concept outright, Walters does not seem to be a big fan. He doubts that any kind of simplistic, "one-off" solution will work. Term limits is a good example of such a simplistic effort at reform. At least in my view that clearly didn't work, and may well have made things quite a bit worse. I tend to think that moving to a part-time Legislature, as a "cure" for the current problems we experience with the Legislature, would make the term limits effort seem benign.

According to Walters' most recent column, "California's crisis of governance is deeply rooted and immune to silver bullet solutions." Walters is urging a "deeper and broader structural reform."

For what it is worth, I do not believe that the "cure" for the failures of our government (at any level) will be found in any kind of "structural reform." Our revolution resulted in a system of "representative democracy," and this actually means that the powers of the people, which are preeminent, are fully delegated to the elected representatives who then are legally entitled to wield all of these powers based on their own lights. Given that these elected folks are no better (and no worse) than any of the rest of us, the abuse of the people's powers is almost certainly inevitable; what used to keep such abuse within a manageable scale was the proximity of the representatives to the people they represented. In other words, what we have is a problem of "scale." Our system of representative democracy was designed in (and for) a society in which our elected representatives were definitely accountable, in direct and personal terms, to the people who elected them. This is no longer true. As a practical matter, given the number of people that each of our elected officials actually represents, the officials are completely untethered from direct accountability.

"Structural reform" is not the solution to this problem - again, that's my opinion. While various structural changes would be helpful, the real problem is that we have no mechanism to hold our "representatives" accountable at the personal level, and the only antidote to that, as I see it, is to have ordinary people decide that they are simply going to spend enough of their own personal time on insisting on such personal accountability that they start having success in making the people who are supposed to be representing them actually do that.

Even in the situation of our current demographics, a well organized group that cares so much about a particular issue or concern that they will spend large amounts of their personal time working on the issue can make our political system respond (without the need for any structural change). Our personal involvement in politics, in other words, is the "cure" for our political problems.

We have a government, today, that is largely one in which we elect the people who hire the people who run our lives for us. And that system is profoundly dysfunctional. If we actually want self-government, we are going to need to get involved ourselves.