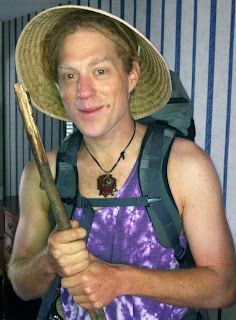 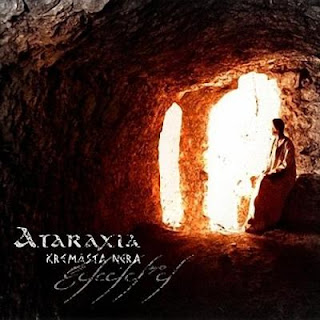 My son, Philips, has spent most of the last year undergoing an intensive course of Buddhist training at the Tassajara Zen Center. The picture on the left shows him as he left for Tassajara, earlier this year. He came home the day before yesterday.

The training really is intensive, and physically (as well as spiritually) demanding. Philips reported that it was an accomplishment to have finished the course of training, and that it was "worth the effort." Ultimately, he said, he achieved the goal of being totally present "at the level of the breath." I asked him whether that meant that he had experienced (in my words and metaphor) the sensation of having your finger plugged into a socket of energy that connects you to total joy. He said, "yes." Once you know, through personal experience, that there is such an opportunity to connect to joy, it is possible to experience that again. That would, indeed, be "worth the effort."

As I thought about it, I realized the word for what I was inquiring about is "ataraxia." It's a good word. It's a good thing to experience.

at·a·rax·i·a  [at-uh-rak-see-uh]
Noun. A state of freedom from emotional disturbance and anxiety; tranquility.