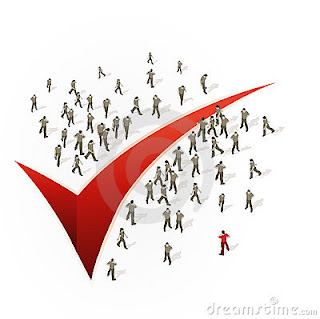 State Senator Joe Simitian, mentioned in my posting on November 5th, is "termed out" of the California State Senate, as of the end of 2012. He announced last Sunday that he is now planning to run for what will be an open seat on the Santa Clara County Board of Supervisors. He is expected to win. As the San Jose Mercury News noted, Simitian has been on the Board before.

One of my acquaintances, hearing of Senator Simitian's latest plans, thought that this would be a "step down" for the Senator. That evaluation is certainly in tune with conventional wisdom. Supposedly, the power and influence of an elected official becomes greater as he or she moves from the local, to the state, and ultimately to the federal level of government. There is, however, a different way of looking at it.

"Power" is defined in the dictionary as the "ability to do something."

In terms of getting things done through government, I am not convinced that Senator Simitian will be taking a "step down."

In terms of where we should focus most of our efforts, as citizens, to make our government do what we want it to do, I think the local level has many attractions!