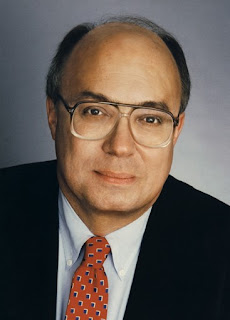 California State Senator Joe Simitian (pictured) represents a good bit of the San Francisco Peninsula, including my old home town of Palo Alto. He also represents the part of Santa Cruz County where I live.

Because of term limits, Senator Simitian is going to have to leave the State Senate at the end of next year, and the district lines are being changed, too, so that the State Senator representing Santa Cruz County will also represent other areas around the Monterey Bay, instead of parts of the San Francisco Peninsula. Frankly, those new district lines make more sense, but I will be sorry to lose Joe Simitian as my State Senator. I think he has done a great job.

Tomorrow, Sunday, November 6th, I am planning to attend Senator Simitian's annual fundraiser at the Lucie Stern Community Center in Palo Alto. His "fundraisers" are always a bit "different" from the fundraisers most politicians sponsor. They are not cocktail parties held in elegant restaurants or elegant homes. They are not chicken dinners in giant motel ballrooms. They are policy discussions on specific and important topics. Joe Simitian moderates, with invited guests who are experts in the field. The topics addressed are often rather sophisticated: things like how the state budget works, or competing plans for political reform. That's one of the reasons I like Joe Simitian. He is treating his constituents like they actually care about "government," and not just "politics." My observation is: they do!

Tomorrow, the policy discussion will focus on Senator Simitian's "There Oughta Be A Law" program. Each year, the Senator asks his constituents to suggest something that "oughta" be the law. He picks several good ideas, and then works with the constituents to get the laws passed. And these efforts are often (but not always) successful. We are going to hear some success stories tomorrow.

For me, the whole "There Oughta Be A Law" concept is evidence that Senator Joe Simitian understands how government "oughta" work. We are able to change the realities of our human world by telling ourselves that we are going to do something new; in short, by passing a new law that sets new standards, or initiates new activities, or that terminates some activity which has outlived its usefulness.

We make the laws; we don't just follow them. If we decide that something "oughta" happen, then there "oughta" be a law to make it happen. That's what self-government is supposed to be all about.

My thanks to Senator Joe Simitian for reminding us of that fact - and for helping to make self government work!