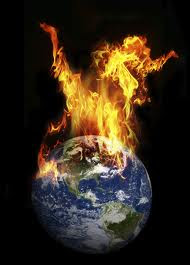 Professor Otis Pease called for a "tough minded" approach to politics. It strikes me that such an approach might also be called "scientific" politics. To me, science is about determining what the "facts" are. Politics needs to deal with real "facts," too.

Given this truth, is a "scientific," "fact based," politics a contradiction in terms? Not if what we demand from politics is that it confront and deal with real "facts," the facts of the world of Nature, upon which we ultimately depend.

It seems pretty indisputable to me that current population and consumption trends are unsustainable, and are thus pushing human civilization towards collapse. It is indisputable, based on the "facts" of actual measurement, that the Earth is heating up. And it is indisputable that this global warming is having new impacts on our human world that will, at the very least, be inconvenient for us, and which may be life threatening.

A "scientific" politics would take account of these actual "facts" from the world of Nature. Instead, our politics is making heroic efforts to turn its face away from the facts. Our President, for instance, is opening up new opportunities for oil and coal development, touting the new energy resources that can address human problems. The "facts" would tell us that every time we increase the combustion of hydrocarbons we make our situation worse, in terms of the science that underlies global warming. New energy reserves are bad news, not good news, for our civilization.

Otis Pease, I am pretty sure, would not consider our politics today "tough minded."