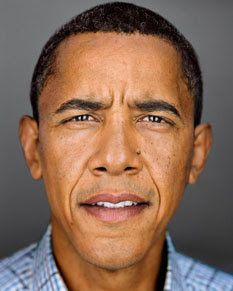 Charles Krauthammer, a paid pundit for the Washington Post, takes exception to the foreign policy of President Barack Obama, which Krauthammer calls "ad hoc, erratic and confused." This judgment comes in a column published on April 28th. Krauthammer's column follows on an article published in the May 2, 2011 edition of The New Yorker, titled "The Consequentialist." The New Yorker article ends with the following statement:

Obama may be moving toward something resembling a doctrine. One of his advisers described the President's actions in Libya as "leading from behind" ... it does accurately describe the balance that Obama now seems to be finding. It's a different definition of leadership than America is known for ...

Beginning with the Monroe Doctrine, the United States has asserted its intention to intervene in the internal affairs of other nations, as needed, to preserve and protect what President Monroe called our "peace and happiness." The Monroe Doctrine reserved this intention for actions within the Western Hemisphere. Since World War II, however, if not previously, we have implicitly or explicitly advanced the claim that it was proper for our nation to intervene in the internal affairs of any other nation, anywhere in the world.

Changing that "style" of leadership would indeed be a change. A change long overdue, in my opinion.

I only wish the The New Yorker article provided some greater evidence that such a change is actually in store.