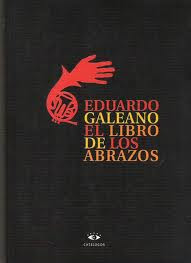 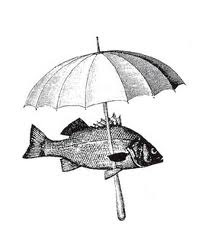 I started writing this blog in January 2009, with the intention of writing something each day in the style of one of my favorite authors, Eduardo Galeano. I called the blog, at that time, Abrazos/365.

I continue to recommend the book after which I first named my blog (it's best in Spanish, I think, but is well worth reading in either English or Spanish): El Libro de los Abrazos; The Book of Embraces. Not so long ago, I dipped back into the book, just for a quick diversion, and I came upon this story, "El crimen perfecto" - the perfect crime. It so completely portrays the good spirited humor of an author who is incredibly serious about politics and life, that I will share my flying horseback translation:

In London, here's how things are: the heating radiators produce heat only when coins are inserted. In the depths of winter, there were a number of Latin American exiles, shivering with cold, without a single coin to make the heating apparatus in the apartment work.

They fixed their eyes on the radiator without even blinking. They appeared to be devoted to a totem, in an attitude of adoration, but they were just a few poor and shipwrecked souls considering how to put an end to the British Empire. If they put in coins of tin or cardboard the radiator would work, but the proof of their crime would come to light later, when the collector came by.

What could they do? This is what the exiles asked themselves. The cold was making them tremble like malaria. And then, one of them launched a savage cry, which shook the foundations of Western Civilization. And thus was born the "ice coin" invented by a poor frozen man.

Immediately, they put themselves to the task. They made wax molds which perfectly reproduced British coins; then, they filled those molds with water and put them in the freezer.

The ice coins didn't leave traces, but evaporated in the heat.

And thus, that London apartment was converted into a beach on the Caribbean.