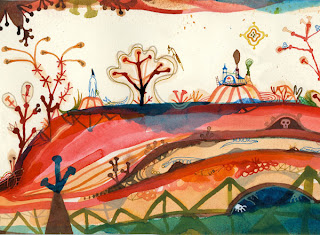 While I am a bona fide member of the California Native Plant Society, I am not normally focused much on native plant issues.

However, I have just read an article comparing non-native vegetation to what are most commonly called "illegal immigrants." Click on the image, or on this link, if you'd like to read this comparison piece yourself.

Plant and animal species are, indeed, "native" or not to various natural environments. Human beings, though, live most immediately not in the world of Nature, but in the world that they themselves create. Our human world is not a "Natural" world. It is a "legal" world.

Non-native humans are only "illegal" immigrants if we have decided that they are, and in our world, we make the laws. We can change them.

That's not true in the world of Nature. That world runs according to laws that we can't change. So we should pay attention to what those laws prescribe and suggest. And stay within the limits!