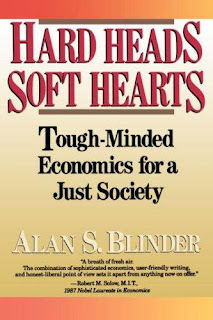 The idea that we need to rely on "citizen enforcement" to make our government work is somewhat discouraging, at least seen from one perspective. We would like to think that our government would just do the right thing, on its own, without any need to be forced to do it. After all, it is our government, isn't it? Why should it cater to the rich and well connected and ignore what is best for the ordinary people that it is supposed to serve?

A recent opinion piece in my local paper, the Santa Cruz Sentinel, noted that even elected officials in this progressive little community are susceptible to making things good for those who have most, with less attention paid to those who have little.

It's time to remember that we need to be "tough-minded" about politics. The great thing about our democracy is not what it does, necessarily, but what we can force it to do. We have an opportunity to realize the benefits of self-government, but there are no guarantees, and to make self-government work, we need to get involved ourselves. That's a tough-minded lesson that reflects the reality of our situation.

In the meantime, looking for an illustration to accompany this post, I came across Blinder's book. I haven't read it, but I've read the epigraph, from George Bernard Shaw, who provided Blinder with this "tough-minded" quote:

"Reformers have the idea that change can be achieved by brute sanity."

Let's not make that mistake!