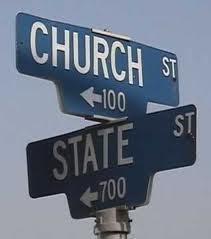 The United States Constitution established a very specific governmental structure, and outlined with some precision the exact manner in which the people of the United States determined that they would govern themselves. The various branches of government were named, and specific powers assigned to each of them. The focus in the text of the Constitution, in other words, was on the actual "constitution" of our governmental structure.

In many ways, the "most important" things to know about our government are found in the "Bill of Rights," the first ten amendments to the Constitution, since these amendments articulate fundamental democratic principles that the Founders took for granted as they fashioned a specific governmental structure.

To put it in a different way, the rights articulated in the First Ten Amendments, and perhaps most particularly in the First Amendment, are a list of basic principles of democratic and representative self-government, understood to be sacrosanct, which would apply no matter what exact provisions were made with respect to governmental structure. To make clear that these enumerated rights "preceded" government, and did not proceed from any governmental decision, the Bill of Rights makes clear that "no law" enacted by the government will ever be permitted to abridge these fundamental rights.

I think most of us think of the "First Amendment" as dealing principally with the right to "free speech," and "free press," and the right of public assembly and protest. In truth, though, the very first topic addressed is a prohibition on any action by the government which would "establish" religion as binding upon the people, and the second is like unto it: all people can practice their religion, or not, as freely as they please.

On these two first principles is based whatever success democracy has enjoyed in the United States.

As we watch those in other countries demonstrate and die for the right to democratic self-government, let us hope that this point is not lost. Free speech, and the right to public assembly and public protest, are only a part of the "magic formula" that makes democracy work. Even before these, comes the separation of Church and State, and freedom to worship (or not) as one might wish.