Robert Reich's analysis of what ails the United States is briefly synopsized in the column I referenced in Post #67. Reich's presentation is definitely "partisan," which undoubtedly makes some people uncomfortable. The Republican vs. Democrat argument aside, I am interested in exploring the following statement made by Reich in his Sunday column:

The Republican message is that bloated government is responsible for the lousy economy that most people continue to experience. Cut the bloat, and jobs and wages will return. Nothing could be further from the truth, but for some reason, President Obama and the Democrats aren't responding with the truth. Their response is: We agree, but you're going too far....

Here's the question that most interests me: Why aren't President Obama and the Democrats "responding with the truth?" 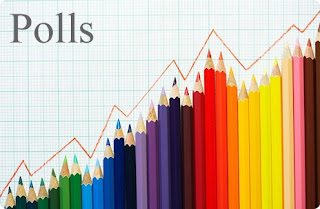 There are a number of possible explanations, of course. First, President Obama and the Democrats may not believe that what Reich thinks is the "truth" is the truth in fact. Reich says that the super rich aren't paying their fair share of the nation's bills. Perhaps President Obama and the Democrats disagree. (I personally tend to discount that possible explanation).

Second, the real explanation for the failure of President Obama and the Democrats to speak the truth on these issues could be related to their political dependency on the super rich. The President and the Democrats, in other words, get a great deal of their political money, and other favors, from the same super rich sources as the Republicans, so they don't respond with the "truth" because they are essentially sold out to the wealthy and powerful. This leads to the insight that there really aren't two political parties at all; there is only one, and that's the party controlled by the wealthy. (I actually do think that there is some validity to this analysis). In addition, many elected officials, as it turns out, and that includes Democrats, have immense personal wealth of their own, and should themselves be categorized as "super rich."

The third possible explanation, which is the one I think is most explanatory, is that President Obama and the Democrats operate on the assumption that "truth," in the political context, is what people "think" the truth is. You need to take a poll, in other words, to find out what is "true" in the political sense. I believe (I actually haven't done any research on current polling on this point, but I think I'm right) that current polling does not find that most Americans believe that the failure of the super rich to pay their fair share of the nation's bills is the actual problem with the economy. Most people believe, I think, that "bloated government" is a real problem, and that this is the problem we need to solve.

In other words, the "polls" tell us that the Republicans are telling the "truth," and what Reich considers to be the "truth" does not actually come across as the "truth" in the context of political polling.

Politics, as it's practiced today, is poll driven. I think that's the main reason that President Obama and the Democrats are saying "we agree, but you're going too far...."