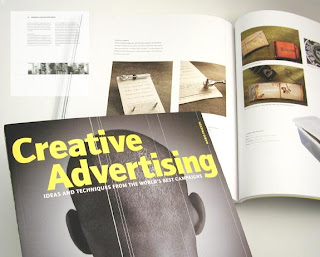 Historically, "commercial speech," which we commonly know as "advertising," did not get the same kind of Constitutional protection that was provided to non-commercial, or "political" speech.

Things have changed. According to Jay Huber (and I agree with him) "in the U.S. courts, freedom of speech increasingly means freedom to advertise."

The book cover shown indicates the contemporary overlap between what might be thought of as "political" speech (which the Constitution was intended to protect) and "commercial" speech, which has achieved Constitutional protections more recently. Both are concerned with "campaigns."

Protecting commercial speech goes along with the idea that "citizens" are really "consumers," and so their right to receive information about the objects of their consumption, or potential consumption, should never be abridged. Oliver Wendell Holmes talked about the "marketplace of ideas," and intended to refer to a competition between various "political" ideas and opinions. Nowadays, the "idea" part seems less of a focus than the "marketplace," and "politics" is less important to most of us than the "products" we consume.

The fact that the courts have created ever more substantial Constitutional protections for advertising goes right along with the courts' increasing deference to corporate power. It's also fair to say that our virtual total immersion in various kinds of "commercial" speech, appealing to us to "consume," is distorting our personal and community priorities. This is definitely to the advantage of the corporate providers of the goods and services we are being stimulated to demand; arguably, it is to the disadvantage of our personal and political health. There is a good argument that we simply have too much "stuff." Unlimited and unfettered advertising is one big reason we do.

Because we can change the laws that govern us, we could reimpose regulations over "commercial speech." Unless we'd like to eviscerate the First Amendment, however, we can't really abridge the right of "political speech," and given the Supreme Court's mixing of the "political" and "commercial" realms, it would be particularly difficult to untangle the two types of speech now.

And there is another major problem, even if we could reestablish different regulatory approaches for "commercial" and "political" speech. The sophisticated and psychologically-based techniques of modern advertising are increasingly being applied to politics, and this kind of "political" speech merchandises politicians and political ideas the way corporations merchandise soap, or auto insurance. "Politics," in other words, has largely become "advertising."

If we continue to want our politics to be based on a "free speech" debate, in the political context, as I think we must, then "regulating" political speech, or "commercial" speech, is not really a solution. And if it is true that "political" speech, today, is increasingly based on modern advertising techniques, refined for use in the political context, then we can expect that our political choices will increasingly be based on the "advertising" that presents them to us, which means that those who have the "best" advertising, and the money to place that advertising everywhere, will tend to win political contests. That this degradation of politics is already much advanced in this country should come as no surprise to anyone.

It seems to me that the only solution for a healthy politics is to establish a political (and popular) cultural preference for "non-advertising" information. In other words, we must train ourselves to disdain "advertising" per se. If "regulation" is really not available to curtail the power of advertising to mislead us, its power can be diminished by our personal refusal to give any "advertising" statement, whether that statement is "commercial" or "political," any credence at all.

The solution to the corruption of our political and community life by advertising is to decide that personal testimony, from people we know, and personal experience, is the only reliable guide to good decisions, in both the political and the commercial arenas.