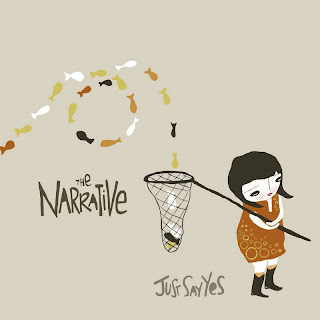 In the latest edition, the magazine focuses on "The Narrative." That's a popular word in our current cultural climate (including being the name of a band that appears to be classified, at least by some, as "punk;" just click the image).

The point here is that Politics Magazine has taken note of what I consider to be a profound philosophical truth: the stories we tell ourselves, individually and collectively (our narratives), in fact create the realities of the world for which we are responsible, and in which we most immediately live. We live, most directly and immediately, in a "political" world, and that's a world of "narrative truth."

I continue to be impressed by the idea that we have the ability to create the world in which we most immediately live - and that we do it by telling ourselves stories.